Beat Your Competitors in Google!

& Why SEO is Crucial to Your Success

When someone realizes they have a problem and need to find a solution, or want to improve, remove or fix something, what’s the first thing they do? They “Google it” of course… The act of searching Google is now so automatic, it’s become a colloquial verb for finding answers! It’s little wonder then that Google is the single biggest source of ‘looking to buy now’ leads in the world. So where is Google currently sending everyone searching for the things YOU offer? To your highest ranking competitors of course! But wouldn’t it be better if Google sent them to you? Rise above your competition and beat them where it counts, in Google! According to figures released on the 24th of May 2016 by Google, their search engine handles “at least 2 Trillion searches per year”. Bear in mind, this was their first update on search volumes in four years, and when this number was statistically analysed by mathematicians at Search Engine Land, they extrapolated Googles claims as follows:

Searches per year: 2 trillion. (at least)

These are mind mindbogglingly numbers, and they are probably conservative, because they are based on Google making an “at least” statement. You can check out the statistics and the way they were extrapolated for yourself here

The Truth About Ranking Positions in Google

If you are serious about getting a big share of the hottest leads in your market, then the SEO statistics in this table are probably the most important you will ever see, because they reveal, on average, what each spot on page one of Google search results is worth. This data is based on search results from approximately 300 million individual page views on Google, and its significance cannot be overstated! We have focused on page 1 results here and added subtotals to highlight what we consider to be the most important insights. To quote the findings of the authors of this study “these numbers show just how big of an advantage websites of this type [ meaning No. 1 in Google ] have over ANY competitors listed below them. The importance of SEO for online business is seemingly quantified by these latest statistics…” The Value of Google Results Positioning, Chitika Insights May 2013 Our take on this data is this. As far as Google Search is concerned, “you’re either ranking in the top 5 positions, or you pretty much don’t exist!” That’s why the cornerstone of our SEO is based on getting your business into the top 5 results, for your most important keywords. We then work on broadening your rankings by targeting other search terms.

Are You Looking for an SEO in Melbourne?

Click Campaigns is a Melbourne SEO Agency with a proven track record for getting businesses what they really want from Google, high rankings, new customers and a strong return on their investment.

So if you’re someone investigating SEO, fill out the form on this page now and we’ ll do the following 5 things for you absolutely free.

Look around, you won’t find a better or fairer offer than this anywhere, because it takes all the risk out of trying SEO. Ok, now we have established the unbeatable value we are prepared to offer, lets examine why SEO is critical to your success.

Get a free report & consultation 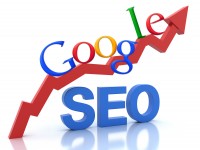